What is Minimum Wage

Sales compensation for employees is commonly a part of payroll from a business perspective. It is affected by many of the laws and regulations such as taxation for the company.  But compliance to minimum wage law and overtime law has been a grey area.  Many nations require a minimum salary per worker. For wage rates, the US government calls this the “Minimum Wage”. In other countries it may be called a “Living Wage” or something similar. The law requires businesses to pay employees at least this much money in order to be compliant with the law. Minimum wage is typically based on hours worked.

These laws are very complex because they change by country, state and local jurisdictions such as city and county.  The threshold of minimum hours worked can be different by day or week.  In addition, there may be rules for payment of overtime or extended overtime (called Double-time in the USA).

Since there is a lot of contention over whether a person is classified as an employee or some contracted personnel, even contractors are required to be paid under these laws. Some industries have been prosecuted by the government for these laws and they have accepted that their contractors have to comply with these laws. These contractors may include sales people as well.

QCommission, the premier sales commission software, is designed take into account these regulations and calculate minimum wage and other wage rate requirements. Since industries and businesses still need some flexibility to decide this compliance, the software is designed to give them that flexibility.

The wage rates are maintainable in a central repository in the system. These rates updateable by Country, State, County, City, and other jurisdictions. These rates can be manually updated by the customer or uploaded from a file.

The system has the ability to store hours worked for a person by effective dates. These hours are separable by regular hours, overtime hours and double-time hours. Overtime commission calculation can be done using these hours, and specific laws relating to overtime and double-time calculations.

Laws for commission pay can vary significantly. When calculating the wage rate for a person, the system can use the person’s ability to retrieve wage rates at different levels of jurisdiction. It will retrieve from the closest jurisdiction first and then default to higher jurisdictions as necessary. The application will get the rate by comparing the payout rate to the effective dates of the wage rates. This ability to retrieve the rates will be available in the advanced calculation functionality. The rates will be applied at a person level by the various hours.  It can be used optionally for only some roles within a company or even for a single individual.

Using this the overall calculated commission can be compared to the calculated wages and the higher can then be treated as the proper payment. This can then be passed to payroll or accounts payable.

How much is the Minimum Wage

The current minimum wages by states are according to this table below. These are currently minimum wages for 2018. Minimum wage increase typically is at the beginning of a calendar year, but can also be in the middle of a year.

The central repository of rates will be updated frequently from an external source either through an integration to governmental rates, by country and jurisdiction. 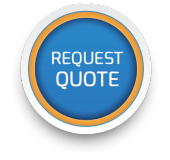 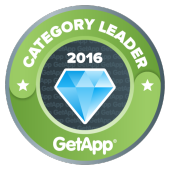 live chat software
Copyright @ 2020 CellarStone Inc. All Rights Reserved.
Cookies make it easier for us to provide you with our services. With the usage of our services you permit us to use cookies.
More information Ok