01. What are the advantages/disadvantages of a draw vs. base pay?

Points regarding Draw vs. Base Pay.

•  Both have similar impact on taxes and other contributions
•  Draw can be set to be for a certain period. For example, first 6 months after hire.
•  It is very hard to change a Base Pay structure to anything else. But a Draw can be set and then cancelled.
•  Base Pay is guaranteed income.
•  Draw can be either guaranteed or recoverable against future earnings.

Is a draw safe? We want to be sure we have a set income each month. We also want to be sure we don't have to pay it back if for any reason we are under the amount of the draw for the year. I am confident in my sales but certainly know things can happen and I wouldn't have anyone to fall back on.

From a salesperson’s perspective salary is always safer. But many companies will not provide that option.

A draw where you don’t have to pay back should be called a “Guaranteed draw”. It is pretty much negotiable. The amount of the draw per period, the number of periods for the draw (how long the draw will be active), the fact that it is not recoverable (you should not have to pay back), all of these factors should be negotiable.

Most companies would like to keep the draw at a small amount per period (enough to take care of basic needs like food/rent, but not enough where salesperson does not have the motivation to sell). They would also like to keep the draw only long enough for the sales person learn the ropes of selling in that particular marketplace. 6 months to a year is common.

The idea is that the Draw provides a livable income for the rep involved, especially during their learning period. That is why it is calculated after commissions.

03. When is the proper time frame to pay commissions to a salesperson? On invoicing or upon payment from the client?
We have seen firms pay commissions to sales reps on various events such as, on order, on invoicing, on shipment and on payment. Sometimes they also pay on a combination of these events. The choice of the event to pay on typically depends on the company’s business.

If the sale has a very low chance of getting cancelled and falling out, then paying on order makes sense. Otherwise invoicing is the better event to pay commissions on because, at this point you have the order and customer is being billed for the product/service. Most companies pay commissions on invoice.

Some companies have problems with collecting revenue. In this case, it may make sense to use the salesperson to help in the collection process, by paying commissions on payment. The other reason companies pay commissions on payment is to keep the salesperson involved with the customer until the product/service is delivered and the customer is satisfied. You should choose the most appropriate event based on your business needs.

“If you pay commission on receiving payment from customer, how long should you wait until paying commissions?”

In general, the closer the payment is to the sale, the better connection the salesperson will make between their effort and the reward. Administrative convenience dictates paying commissions once a month, but many companies pay commissions twice a month or even once a week.

Our product can calculate gross profit in the following ways:

05. I am using volusion now - how can I integrate it with a system that calculates the commissions for the salespersons?

• can integrate to QuickBooks
• can export data as .CSV files

QCommission can directly integrate to QuickBooks and pick up date loaded into QuickBooks by Volusion. This could work if you are using QuickBooks. You could export the data as CSV files and we can do some configuration work to import those files into our commissions solution.

Our commission solution is very flexible and should calculate most commission plans.

06. I have an online tutor and student system - I am trying to find a way to pay tutors after I take my cut. money comes into my bank via a gateway. I was planning on paying out to tutors every 2 weeks into their pay pal account. do you have any solutions?

We have a solution that can calculate the payments to the tutors, after reducing by your cut.

The payout amounts in detail can be reported to the tutors in form of a statement sent through email. The actual payment amounts by tutor, can be provided as a file (or can directly update Accounts Payable, if you are using QuickBooks) . But it does not directly update Paypal.

Example:
Draw = $3000 a month.
If calculated commission is $2,500, then you would ‘loan’ $500 so that the check cut is for $3,000. The idea is that the Draw provides a livable income for the rep involved, especially during their learning period. That is why it is calculated after commissions.

08. Is this software designed solely for staff commission, what about sales commissions through an agency? Such an Insurance agency that receives revenue through commissions from their carriers.
The software can pay commissions for staff as well as for external Agents.
09. I need MLM software that is not web based. One time purchase. Can you help?
Our software can be installed internally and can be bought one-time. But currently it does not have some unique features necessary to support MLM businesses.
10. We are in the process of setting up a commission based website in the accommodation industry. We will be charging our clients 10% commission on sales generated through our website. Our program offers everything, except accounting. Could you please let me know what you can offer.
We offer commission calculation software (not general purpose accounting). Our solution will be able to take in transactions and based on calculation rules, calculate and produce commission statements to be provided to your customers. Commissions can vary based on product, sales volume, cumulate sales, territory, etc.
11. In a particular office, the broker will get a 12.000 commission, there are two sales agents involved, one of them split the sale 35/65 the broker is 50/50 with the agent getting the 35%, how much each can get?
The following calculation would be typical, although it may be possible to do it other ways. Please review the signed compensation agreement between loan office and company.

1) A report can generate the data we need from Peachtree and we can import it.
2) We can build an adapter to get Peachtree data-in.

13. We are a medium sized telecommunications company and we need a compensation system, so write to me in brief what you can do to help us. Thank you in advance for your cooperation. Hope to use your services as soon as possible.
Our QCommission product provides very flexible and powerful functionality to calculate commissions. We provide implementation services to automate your needs using QCommission in a risk free manner.
14. How much commission should be asked to put product into stores?
There isn’t anything like a standard rate of commissions that is generally available. Commission rates tend to vary by industry, by region of the country, by type of sales role expected. The best bet is to discuss with individuals who do a similar role for the specific kind of products you are interested in selling.
15. What is a guaranteed commission?

There isn’t anything like a standard rate of commissions that is generally available. Commission rates tend to vary by industry, by region of the country, by type of sales role expected. The best bet is to discuss with individuals who do a similar role for the specific kind of products you are interested in selling.

16.“I do an accrual based on sales and pay based on collections. Can the systems do both calculations?”
The system can calculate commissions based on sales/invoicing and pay when you collect cash. 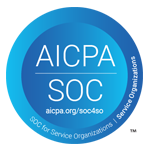